2012 was the year of the 2nd International Violin competition of Mirecourt.

The President of Jury was Roland Daugareil (France) and the members of the Jury were Kyoko Takezawa (Japan), Marianne Piketty (France). Christian Altenburger (Austria) and Marco Rizzi (Italy).

In Mirecourt and Thaon-les-Vosges for the finale, almost 1500 people attended the different rounds of the contest, the master-classes hold by the members of the Jury, the conference hold by Françoise Gnéri and the concert given by the Ardeo Quatuor.

The 2012 Competition was of an outstanding level with 40 candidates under 25 years old registered.

The finale highlighted four young talents who interpretated the Mendelssohn and Tchaïkowsky concertos accompanied by the Orchestre Symphonique et Lyrique de Nancy conducted by Jonathan Schiffman in front of an audience of more than 650 music lovers. 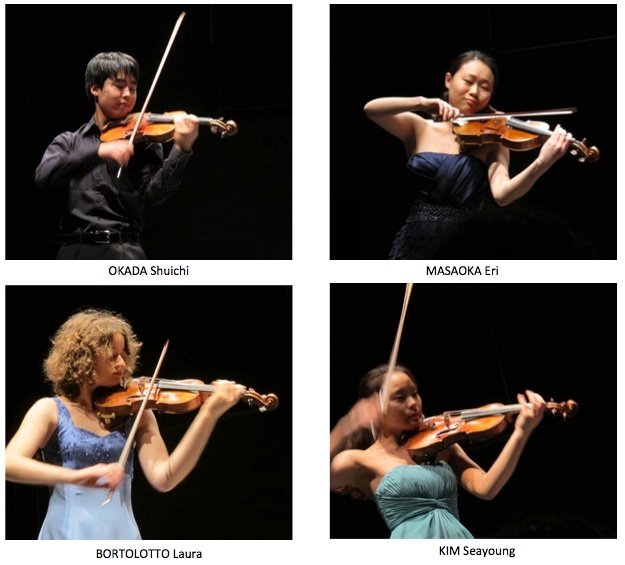