Our video to live again the 2014 Competition 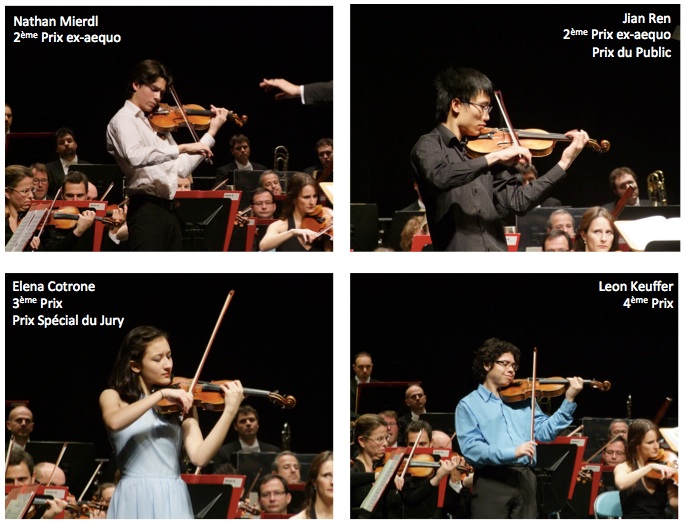 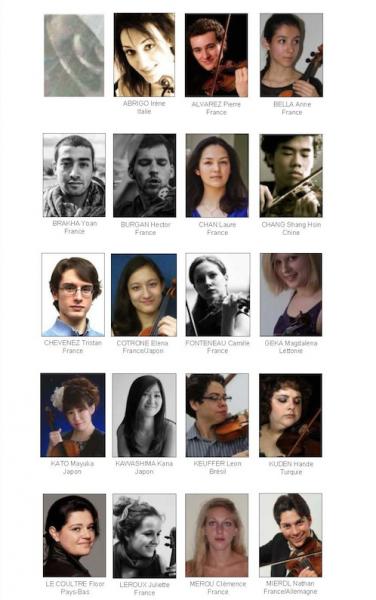 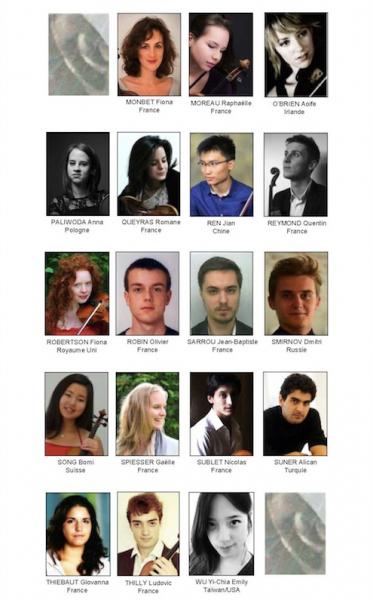 The President of the Jury will be Pavel Vernikov (Russia) and the members will be musicians of world wide reputation : James Buswell (USA), Nora Chastain (USA), Radu Blidar (Romania) and  Marianne Piketty (France). 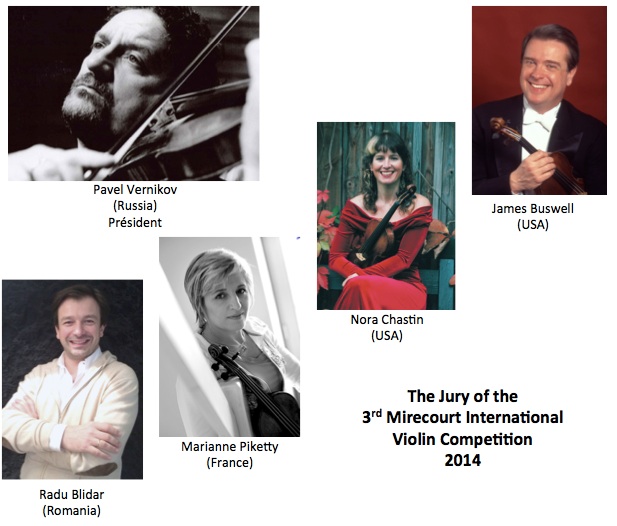 The first round and semi-final of the competition as well as the master classes will be hold in Mirecourt and the big final accompanied by the Orchestre Symphonique et Lyrique de Nancy, will take place in Thaon-les-Vosges.

First round - Tuesday Novembre 11 and Wednesday November 12, 2014 - Rio, Mirecourt
A 20’ program for violin solo is including:

Finale - Sunday Novembre 16, 2014 - La Rotonde, Thaon-les-Vosges
With the « Orchestre Symphonique et Lyrique de Nancy » under the Direction of Rani Calderon
Proposed in the program of the « Concerts Classiques d’Epinal »

A concerto among the proposed ones below:

A passion for bowmaking over manyyearsled Yannick Le Canu  to the workshop Le Canu-Millant in Paris, wherehebeganhis training in 1995. At the same time, in order to gain experience, heworkedwith Eric Grandchamp in Crozon. In 1998, heobtainedhisdiploma in bowmaking in Mirecourt. From 2000 to 2004 hewasemployed in the workshop Arezzo in Toulouse, beforeopeninghisown workshop in the historic centre of Lille in the north of France in 2004.

He ishighlyrespected in hisfield. Althoughheisprimarilydevoted to the making of new bows, healso tends to the maintenance and the restoration of old and new models, respecting the tradition of the Great French Bow MakingSchool.

Since 1999, he has receivednumerousawards for hisbows in many international competitions: twosilvermedals in Paris, five gold medals in the US, best French workman in 2007 and declared “Hors Concours” in the US in 2008. Nowadays, heis a member of juries in suchcompetitions.

The artistic agency B2P Management is partner of the competition and will be present during the semi-finale and the finale. 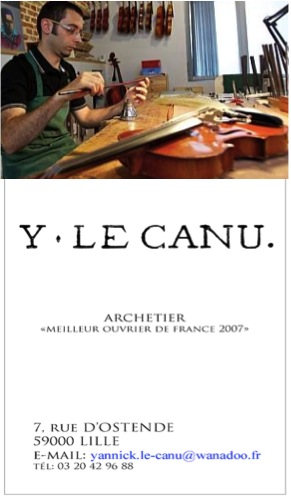