The 2nd Musical Meeting was organized around the 1st International Violin Competition of Mirecourt.

The President of the Jury was Jean-Jacques Kantorow (France) and the members of the Jury were Michaël Frischenschlager (Austria), Marianne Piketty (France), Tomotada Soh (Japan), Oscar Yatco (Germany).

Almost twenty worldwide candidates registered. An attentive public followed all the rounds and the young candidates were also able to attend master classes hold by the Jury members.

900 persons attended the concert given in Mirecourt by the violinist soloist Svetlin Roussev accompanied by the local orchestra “Sinfonietta Bel’arte” conducted by Jean-Marie Quenon, as well as the final concert in Thaon-les-Vosges where the contest winner, David Castro Balbi played accompanied by the Orchestre National de Lorraine conducted by Jacques Mercier.

The staff of the City of Mirecourt, the students and teachers from the Lycée Jean Baptiste Vuillaume (National stringed-instrument Making School) and a team of local volunteers invested their energy to organize the event. The young candidates were hosted in families from Mirecourt. 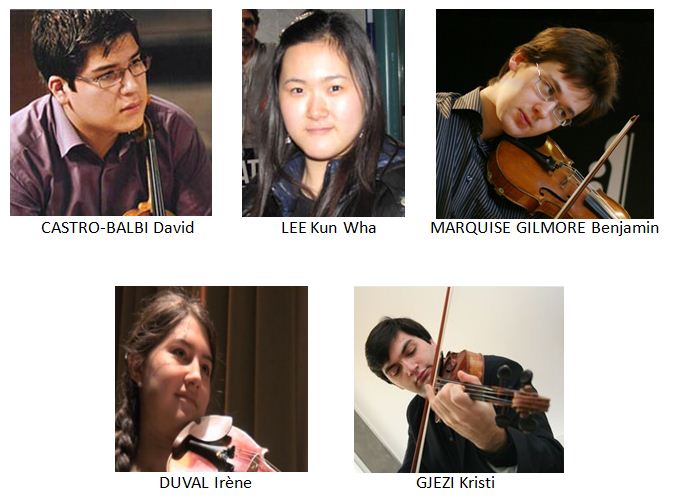